It seems that I missed the early deadline for last Monday, so this will be the first of two entries this week. 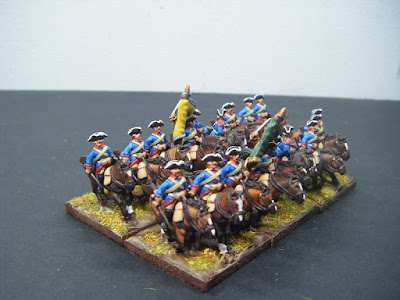 As I said, just the one small (for me) entry this week -* This entry comprises the final two regiments of Russian horse grenadiers that fought in the Seven Years War.

*edited after posting because I discovered I hadn't changed it 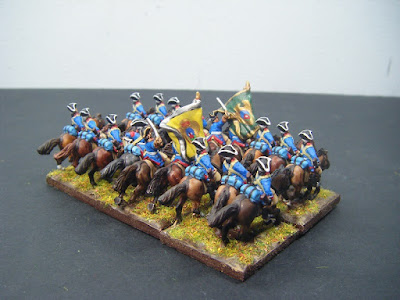 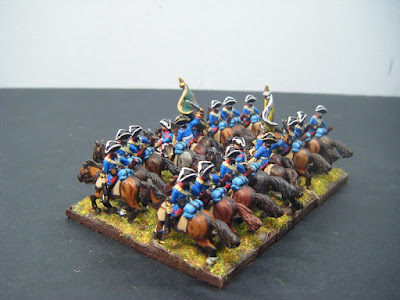 These are the Kargopolskiy and Rizhskiy regiments. The former took part in all of Russia's main battles of the SYW, the latter only took the field at Gross-Jagersdorf but did participate in other parts of the war effort.

I'm sure that someone will point out that Gross-Jagersdorf was in 1757, three years before the horse grenadiers dropped their mitres in favour of tricornes. Yes, well, if Essex did horse grenadiers, things would have been so much simpler for me, but they don't so you'll just have to suffer the anachromism.

Some close up pics: 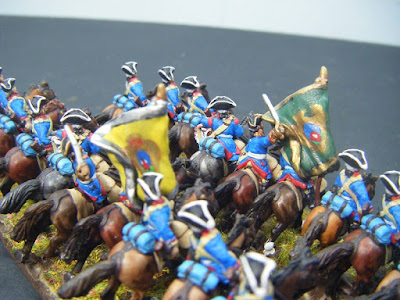 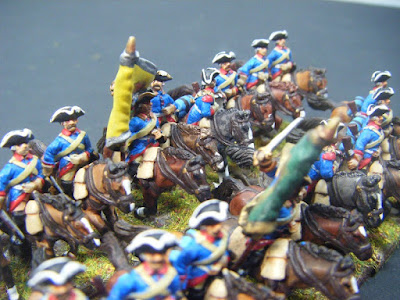 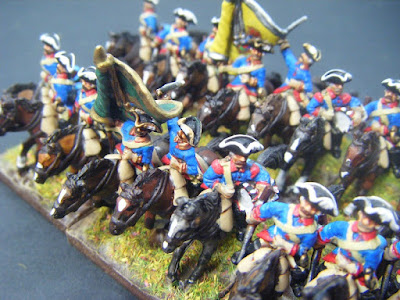 As always, the flags are hand-painted in an impressionist style. Figures are 15mm from Essex Miniatures.


For scoring, there are eighteen 15mm mounted which gives me 72 points and I'm trusting that our mathemagical minion Miles will award the customary 1 point each for the hand-painted flags.

MilesR: Your trust is well placed for there is indeed another point for each flag - really nice looking minis