A bit of a change of pace, scale and era this week. I was working on a points bomb, but things were going slowly due to a cold and it wouldn't be ready in time for submission this week. So, over the weekend I switched to painting up something different that I could complete. And here you are - fifteen 28mm pulp seamen. 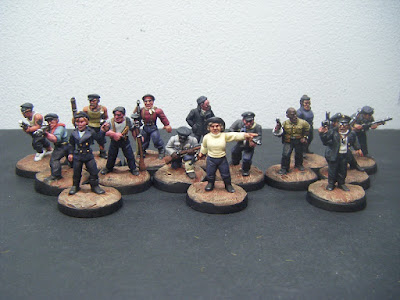 These are the crew of the Lady Sarah, a small Canadian tramp freighter. Having spent many years trading from port to port around the coasts of Africa, across the Indian Ocean and through the South China Seas barely staying afloat and above the breadline the ship's captain, Campbell Curtis spotted the lucrative potential offered by Prohibition. And so the ship returned to Canada, steamed inland and is now running cargo across the great lake between ports in Canada and Salutesville. There are those who suggest that the ship's sudden prosperity may be down to the transport of certain illicit consumables to the thirsty residents of Salutesville, but I couldn't possibly comment... 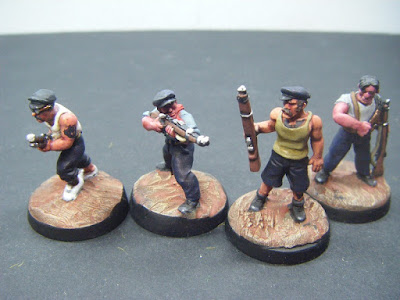 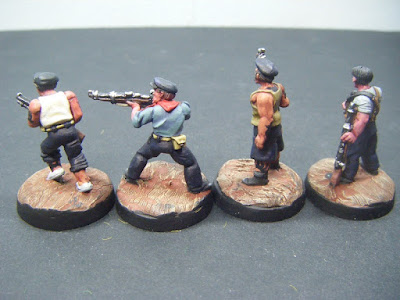 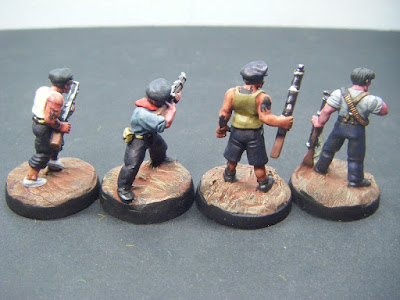 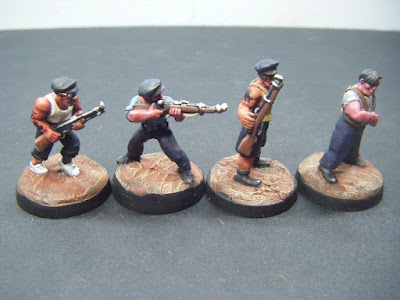 Just in case anyone wants a closer look at the tats: 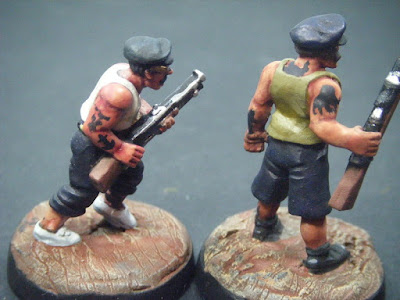 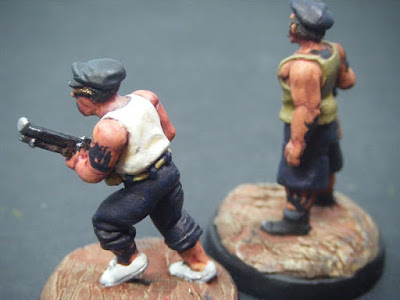 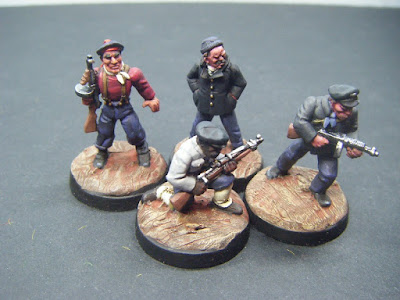 The chappie with his hands in his pockets looks like an extra from the yard scene in "Escape from Alcatraz". 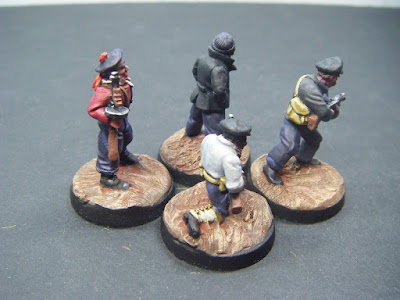 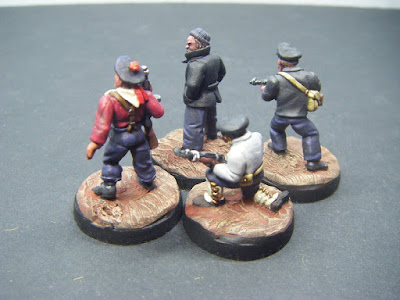 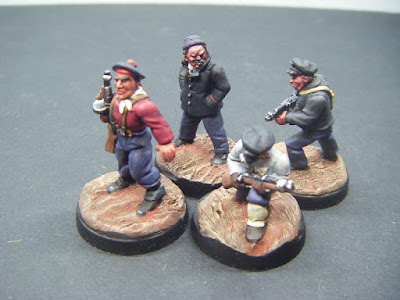 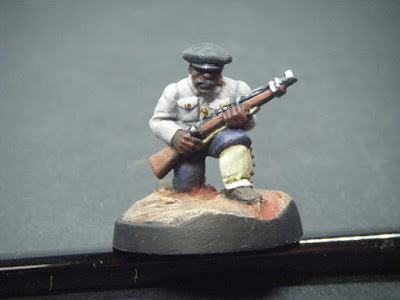 I tried to get in close to this chappie's face but this was the best I could manage. 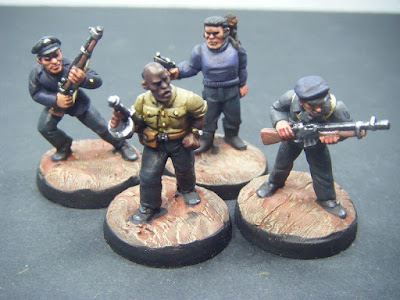 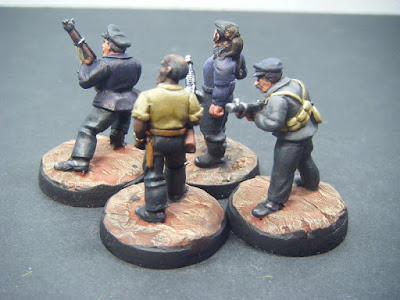 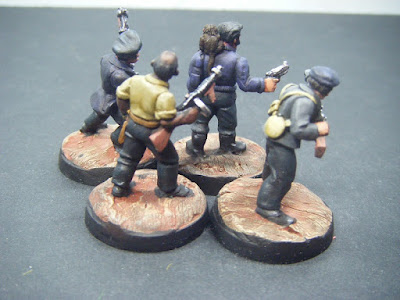 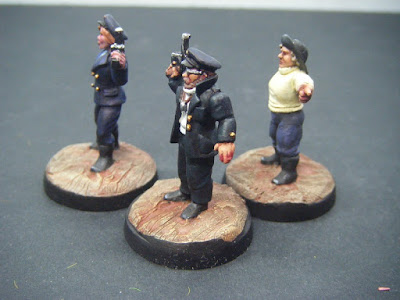 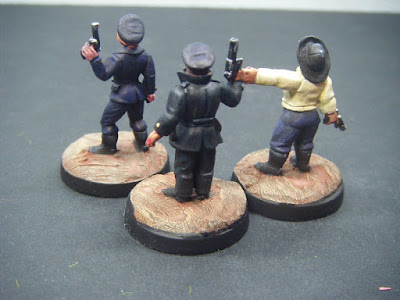 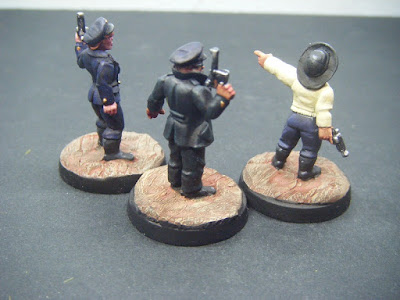 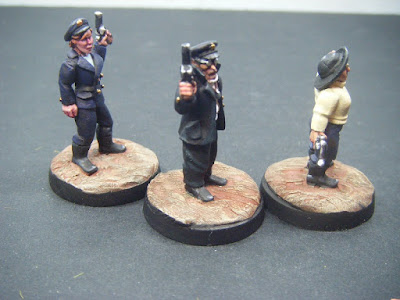 I'm not happy with the bases - the Milliput I used was going off and it was very hard to smooth and carve (perhaps not helped by me leaving it so long before doing that). I might go over them with some PVA and sand at some point to smooth them out.

They are all 28mm from Pulp Figures. Fifteen of them at 5 points each should give me a handy 75 points.


MilesR: What an inspired entry Tamsin - these figures are superb and I'm throwing in an extra point for the tats on the sailors - very well done!
Posted by TamsinP at 7:18 pm