With this post, I’m almost done with the British Airborne Project, or at least with the core elements of the platoon. Today I bring the platoon’s third section, with a different configuration to the previoust two: instead of showing a rifle and a LMG team, it features two Bren Gun teams. 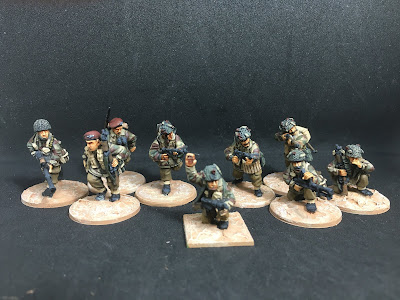 Each LMG team has a three-crew served Bren Gun and a private armed with a Sten submachine gun. This section is led by a junior leader and is reinforced with a sniper team (already introduced to the Challenge in the latest Bonus Round).
In this case I decided to have a team in movement... 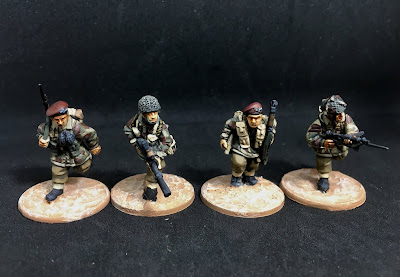 ... and the other deployed and firing. 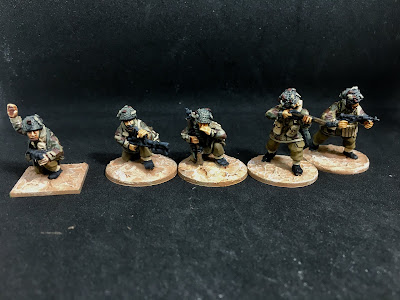 Note I'm using square bases to identify the NCOs and officers from the rank and file in the platoon.
The models are a combination of Wargames Foundry and Warlord (both metal and plastic), but as you can see the fit together nicely, while showing a wide range of different combat gear. 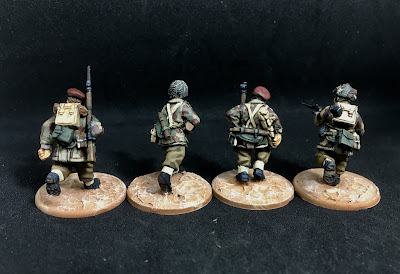 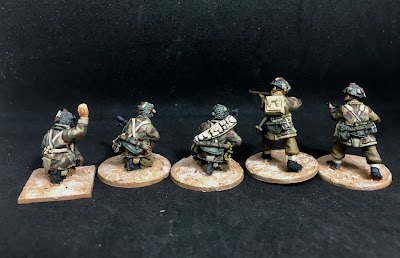 With this entry I add another 45 points to my Challenge score (9 models x 5 points), breaking the 400 points mark.
As mentioned earler, with this section I finished the core part of the platoon (three sections plus the platoon HQ) for Chain of Command.

However there are still some additional support units to be finished that will be brought here in due course. Nonetheless I’m already thinking about other additional periods for the second part of the Challenge, to help reaching my  750 points target for this year.

MilesR: A very nice squad of British Paratroops.  I like the use of base shapes to designate commanders and use something similar myself.  Another 45 points has been added to your tally as you march towards your goal of 750 points!

Posted by Anibal Invictus at 9:00 am