Excited with this post as it is another new Basic Impetus army emerging. This time Late Persian - here I was not initially enthusiastic about the army which I am using to join in with my brothers collection of classical armies. However got really enthused by the excellent Cutting Room Miniatures (part of Wargames Foundry) figures.

This first post represents the cavalry, which are the classic Mede style with the distinctive headscarf. I love that these miniatures have them looking a bit like Ninja! The basing happened a bit by accident but my brother gave me the flowers which I think really make the bases. 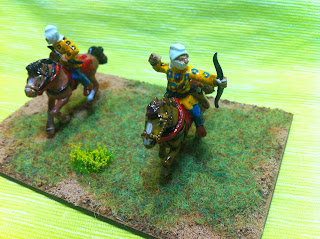 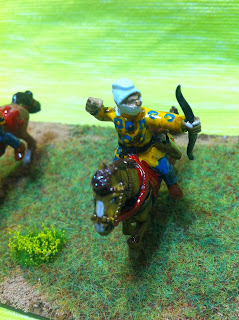 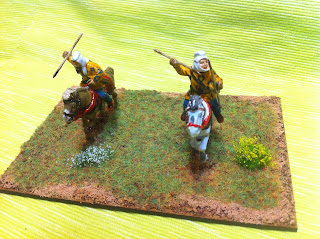 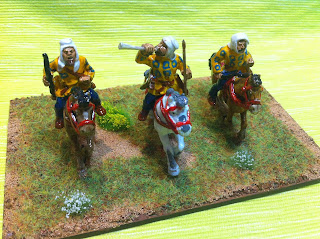 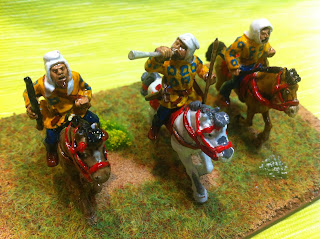 These represent two bases of light cavalry and one base of the medium version with 3 figures on. In the Basic Impetus lists I have selected to get rid of the scythed chariot and instead I have upgraded
to having some Guard cavalry. 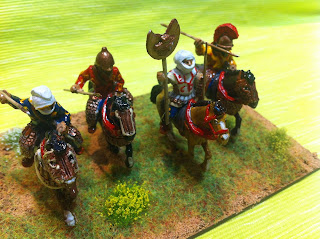 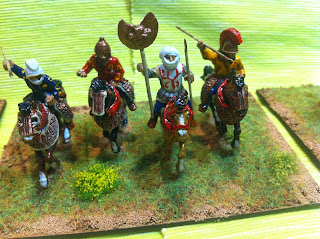 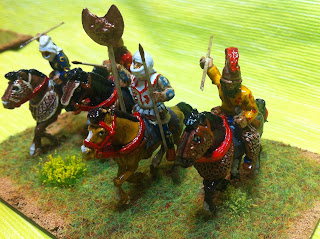 Very nice work on these, Jez - the Casting Room range does turn up some very nice figures from time to time, and my own Garage of Shame has more than a few examples of their work lurking in storage. I really must do something about that!

I'm giving these cavalrymen the usual 10 points each for 28mm figures, but I like the handpainted decorative motifs on the horse furniture, clothing and armour, so I'm throwing in an extra 5 points.