Another hectic week on the challenge, with a bit of a mixed batch of stuff (all 15mm).

First up, some limbered 6 Pdr Anti Tank guns for my Normandy Brits (and a Gunuary 2019 unit!) - the guns themselves are the painted bits, the Loyd Carriers are just there for show! Incidentally, the Loyd carriers were some of the earliest 15mm vehicles I painted, and they are showing their age! 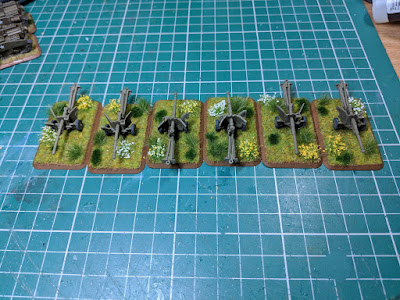 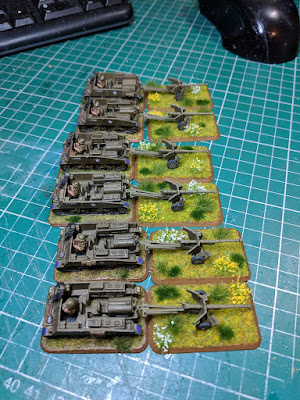 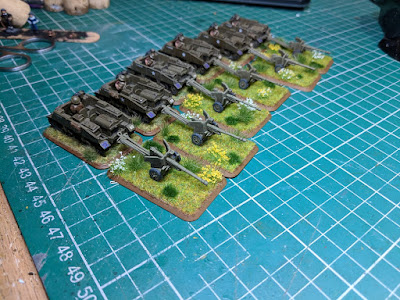 These are Skytrex gun models, and mirror the battery of 17 Pdrs I finished for the challenge 2 years ago. They'll get some use on the table as we tend to have big tables and these guns have a range of only 24". As part of the infantry battalion's integral A/T platoon, they tend to go forward to cover the advance and secure captures ground.

I am also updating the highlighting and basing of the deployed version of these guns, but as this is remedial work rather than new work, I won't be claiming points!

Next up, a vehicle conversion. I ended up with a spare hull for a Morris Bofors Tractor, and converted it into a Morris Commercial CDSW Light Recovery Vehicle. Some of these should have still been about by 1944, and I like how it looks - I may paint up a small LAD (Light Aid Detachment - REME units attached to combat formations for on the spot repairs and recovery) unit for my Brits based on this. 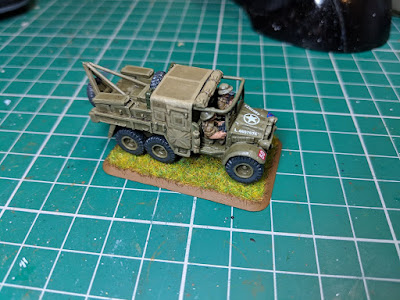 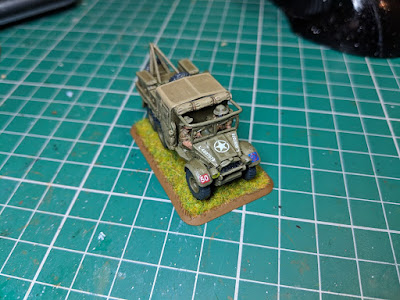 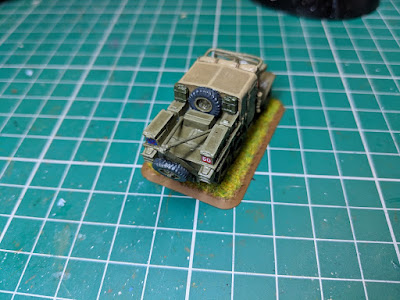 Conversion includes the rolled back roof (paperclip frame), rear deck details and of course the jib for the recovery winch (along with some spare wheels, toolboxes and jerry cans). Correct decal colours need to be painted on for a REME unit, but the vehicle is done painting wise, so I'm counting it!

Lastly, some converted crew for my 15mm LCT: 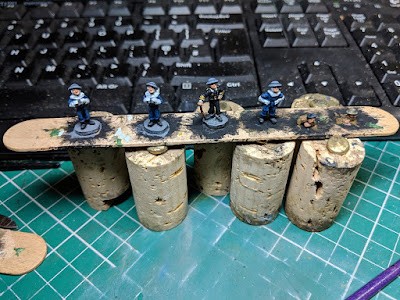 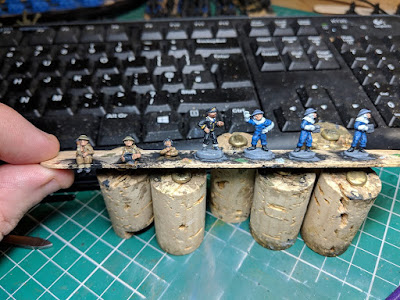 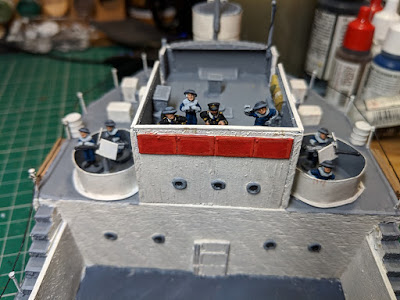 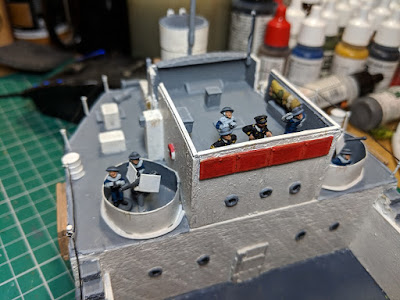 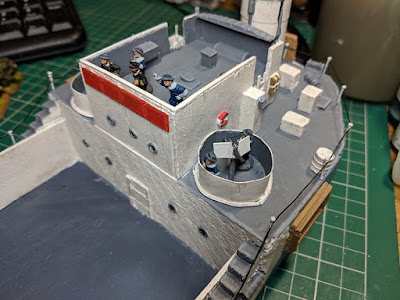 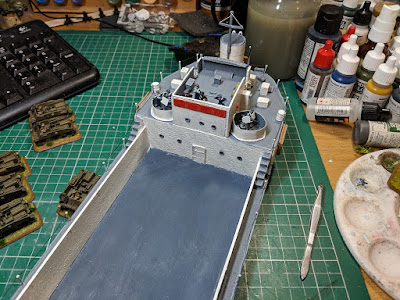 I'm pretty proud of these. They are all Battlefront figures, and all British Royal Artillery/AA gun crew. I chopped off excess pouches and canteens, green stuffed on anti flash hoods and gloves, then painted appropriately (hopefully!).

The two officers were Royal Artillery staff team/command team figures with similar knife work conversions, and some green stuff which included an attempt to model a shirt and tie! Spot the sub LT with the beard, in honour of PaulOG! Officers uniforms are slightly non-regular as they are Royal Navy Volunteer Reserve, but hopefully they give a decent impression. I did try to get the arm lace correct for the ranks.

So that should be:


Wonderful work on these. I'm a sucker for artillery /AT guns and these look excellent. I can't wrap my head around the concept that these only have a 24" range. It  just doesn't sit well with me... which is why I used the FOW rules with 6mm figures instead. And the Naval crew are excellent too. Your use of a scalpel and greenstuff is inspired!

So points wise your bang on with the 52 for figures and vehicles but I'm throwing in some bonuses for the excellent conversion work. 2 for all the work on the truck and a point each for the navy crewmen bringing you up to 62 points for this entry.
Lee
Posted by James MacCraggs at 12:30 pm