As my first entries in the challenge were all about the orcs besieging the White City, I thought it reasonable to also include the defenders in this years challenge. 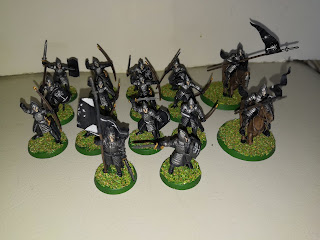 And so the Men of Minas Tirith found their way in my paintline...

Armed in full plate and wearing black clothing, I must admit these where probably the fastest to paint up so far.  And with two characters alongside who also have a predominantly solo colour scheme... 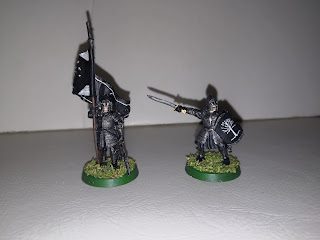 The warriors come equipped with their possible combinations totalling 12 of the plastic warriors, joined by a captain and a standard bearer. 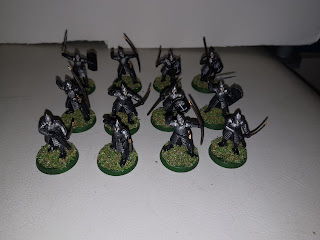 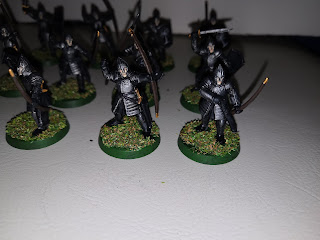 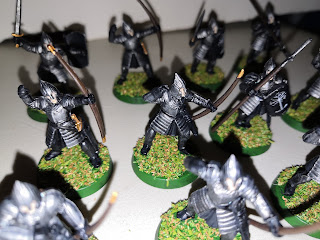 A bit more of a heavy punch comes from the accompanying cavalry force, totalling 2 more models. 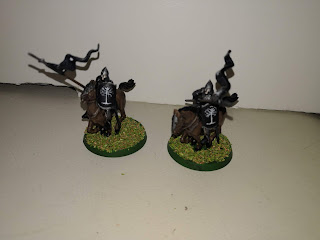 So that yields 90 points due to 14 infantry and 2 cavalry models.

Good thinking, Doctor Tom! A Fellowship-themed dose of Gondorian troops will suit Ev nicely! They should smack any orc-ish symptoms right out of him!