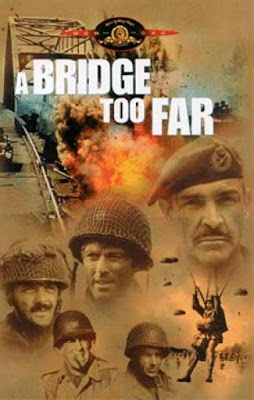 My main painting project for the Challenge this year will be a British Airborne platoon for Chain of Command. This will include the core infantry sections but also some support units, like specialists (flamethrower, engineers, etc) as well as armour.
I’m starting top-bottom, and today I can show you the top-brass of the unit, featuring a trio of very Hollywoodian characters and a sergeant (superior junior leader in Chain of Command’s parlance). 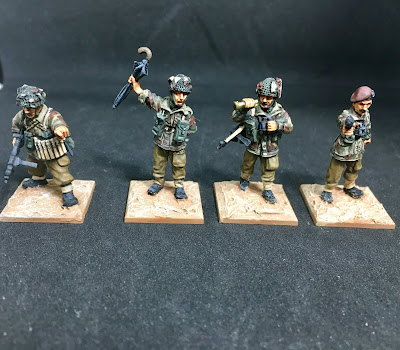 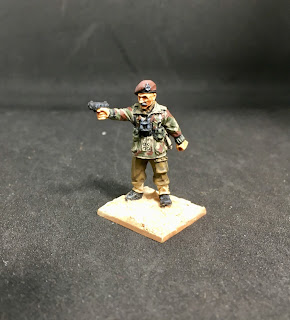 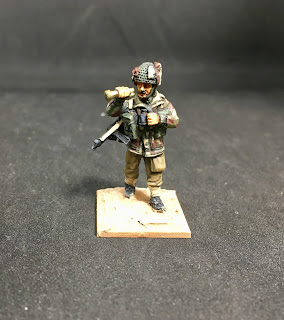 The second is Lt Col 2nd Parachute Battalion John Frost (aka Anthony Hopkins) gathering his men in the DZ at the sound of the hunting horn (apparently it was a quite effective way of sending orders in the midst of a battle, as tried and tested in June 44 during the Pegasus Bridge raid). He’s the turly great hero of Operation Market Garden, resisting 3 days in the bridge with a reduced group of lightly armed men against overwhelming odds almost until the last cartridge. 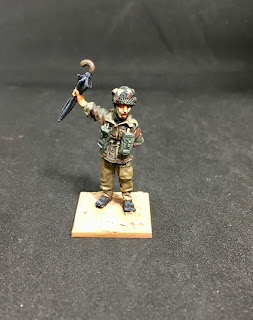 The third character is Major "A" Company, 2nd Parachute Battalion Allison Digby Tahtam-Warter  (played by Christopher Wood in the film) featuring his trademark umbrella. The story goes that he carried the umbrella because he had problems to remember the password after landing… and what’s most British than a gentleman carrying an umbrella!.

All models presented here are from the Warlord British Airborne range. The command trio are metal of an special blister, while the sergeant is from the multi-pose plastic box released in 2017 if I’m not wrong. I must say that I generally despised the plastic Warlord models in the past but in this case I’ve been impressed with its quality of this plastic range, very far away from the first launches (more specifically the horrible British Infantry box). 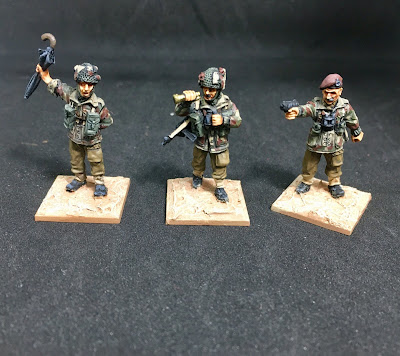 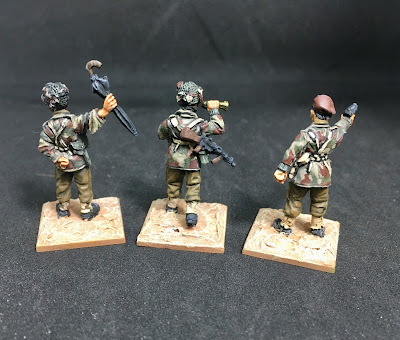 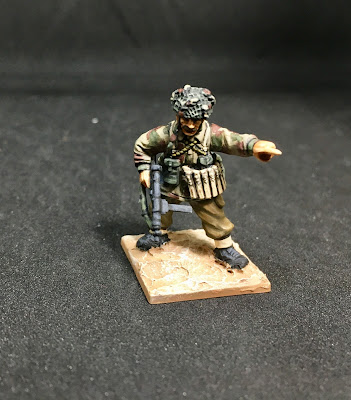 I have aso published this morning in my blog (unshamed promotion and publicity) a "how-to" guide to paint British paratroopers (my way), that I hope will help those gamers out there who may consider camo schemes too challenging for them.

According to the Challenge rules of engagement, 4 x 28mm models x 5 points each, = 20 points

Benito, your first 'stick' looks just terrific! I think your approach to the tricky Denison camo is excellent - what I use works well, but is rather laborious, so I'll be dropping by to see your recipe. The hunting horn and umbrella are absolute classics, and seems all but mandatory for any British para collection destined for Arnhem. Warlord really hit it out the park with these models and you've done them great justice.

Well done Benito! I look forward to seeing the rest of this project come to fruition over the next few months.

Posted by Anibal Invictus at 1:51 pm