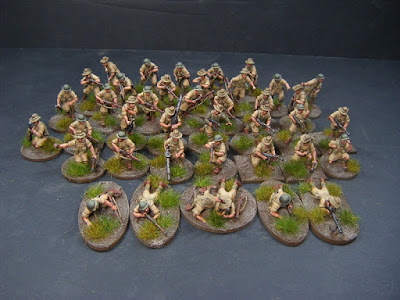 The trouble with big projects is that they inevitably end up with several posts. This is the third post taken up by my early WW2 Aussies project (the fourth if you include the M3 Stuart). It is also, you will be glad to hear, the last one for this Challenge! I have tried to be kind to you by submitting large batches rather than a steady drip of smaller groups each week over the three months.

This time I have forty Perry plastics which will be used for CDF (Militia) forces. For the Kokoda Track campaign these were the heroic 39th Battalion (previously mentioned) and the ill-fated 53rd Battalion.

The 53rd had a lot of problems which led to their performance at the Battle of Isurava-Abuari. Besides their extreme lack of training. For a start, they were drawn from other units who inevitably sent their misfits and trouble makers. Then there was the way their numbers were made up by virtually press-ganging 104 men in the Sydney area. They weren't even allowed leave to see their families (or even to let them know) before they were embarked on ships and sent to New Guinea, where they spent most of their time digging entrenchments and not being trained. Combined with the high levels of illness (malaria and dysentry were rife)

They also suffered from a lack of experienced officers - they did receive a small leavening of 8 officers from the AIF, but none of these were placed in command positions (unlike the 39th who received 16 AIF officers, most being given command of companies and platoons). This was compounded during the battle when almost all of the senior commanders were killed in an ambush. The remnants were amalgamated with the 55th Battalion and did restore their reputation in the fighting at Sanananda and later on Bougainville.


Milne Bay was the first time in the war that Japanese land forces had been decisively beaten. Their opponents were crack troops of the 3rd Kure, 5th Kure, 5th Sasebo and 5th Yokusuka Special Naval Landing Forces who were supported by a number of Type 95 Ha Go light tanks.


But enough of the blather, on with some closer-up pics of the figures! 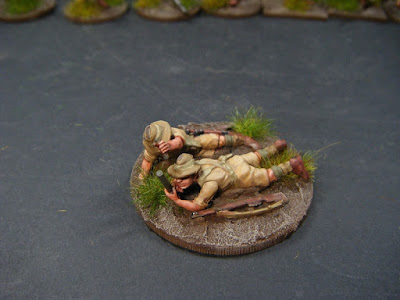 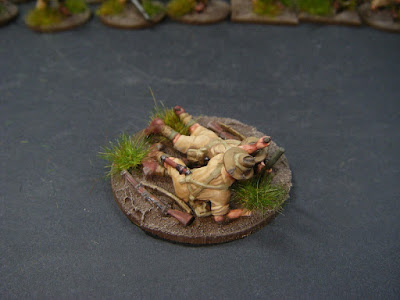 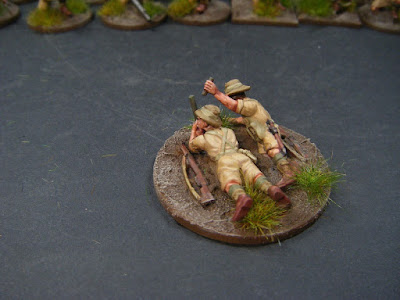 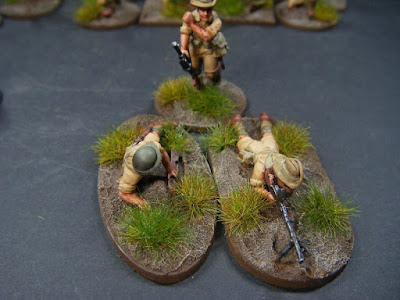 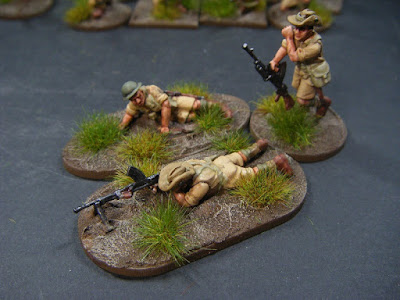 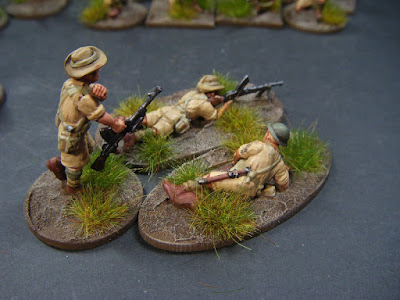 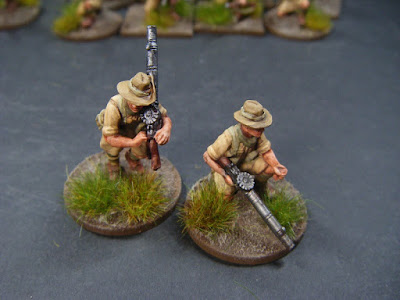 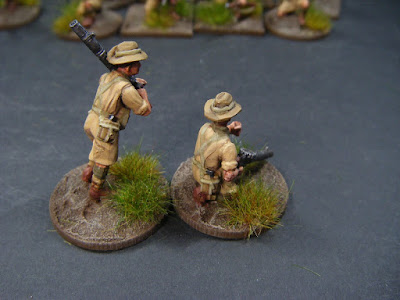 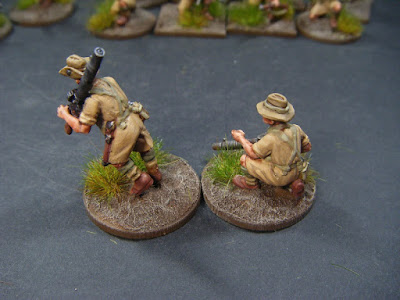 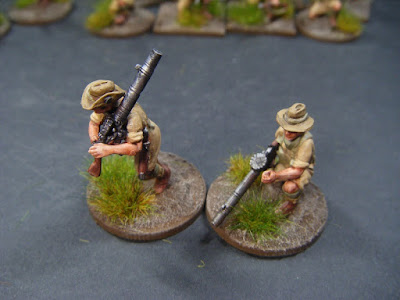 As the Militia units were initially equipped with Lewis Guns (they got Bren guns after the Kokoda Track campaign started) I need to convert a couple of figures to have them. Luckily I had previously purchased a pack from Colonel Bill's for my gangsters project (and not used them!) so with a bit of judicious cutting for one figure and selection of appropriate arms for the other, I managed to get this pair knocked up. 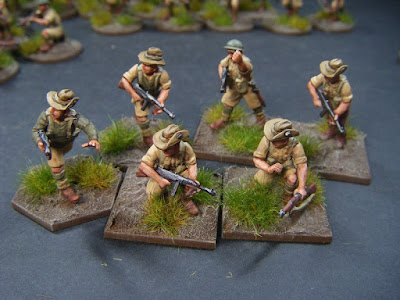 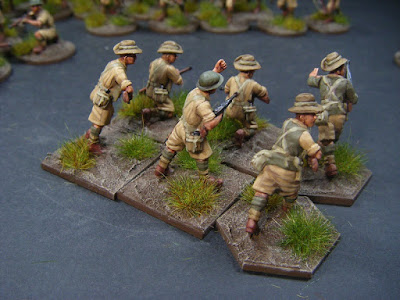 As you can see, some of the plastic figures have been given slouch hats rather than the helmets that come with the Perry plastics. The hats are metal from the Perrys.

Before I go, I'd just like to thank Lee for being such a great Tuesday minion (the bonus points he's awarded me for various posts has had no influence whatsoever on my opinion...). How he's coped with the truly massive output from the Tuesday Terrors week in, week out I really do not know. We did some calculations last week (before the Miles nuclear strike on Saturday) and at that point we observed that six of the top 10 were Tuesday Terrors and that they accounted for over a quarter of the points total; add in the rest of the crew and Tuesday accounts for nearly 32% of the total. As you can see, that's a lot of work for poor Lee to have had to deal with.

I for one am never going to get bored seeing your Aussies in the Challenge, fourth post or not. For a start, the figures are excellent and full of character and detail. Then you have done such a top job on the paintwork...well, what's not to like! I have to say I also really enjoy the little potted history you normally put in your posts with your entries. It makes the figures come alive and every post has been a genuine pleasure to read.

As for minioning the Tuesday Terrors, it has been a privilege and an honour to have you all in my care. I have thoroughly enjoyed watching each entry come in. I have often found myself amazed at the quality (and quantity) of the work on display. And as for bonus points, well, if I can't abuse the system what's the point?! Talking of which, here's an extra five for another quality entry and for seeing what has clearly been a large project through to the end.
Lee
Posted by TamsinP at 7:00 am