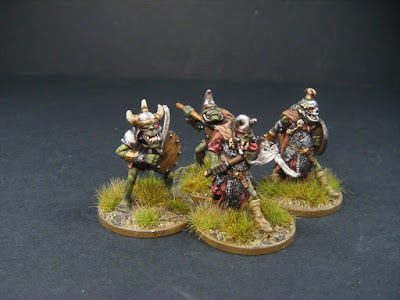 Venturing inland from Sander's Sand Dunes, my next stop is Millsy's Millpond. Luckily, I had some very old minis knocking around. I did start painting them in the summer, but didn't like the scheme so went back over them with black through the airbrush. I'm much happier with how these have come out. 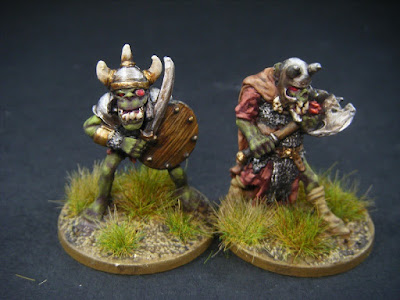 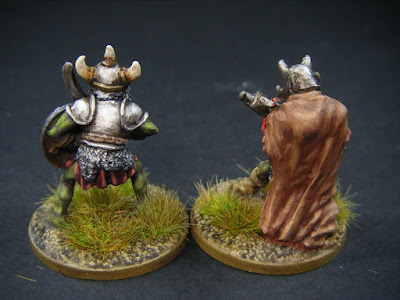 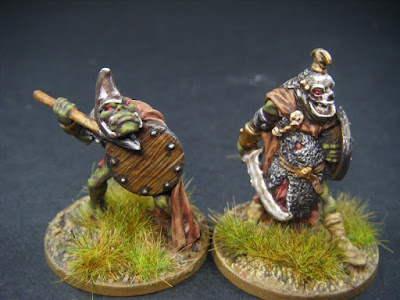 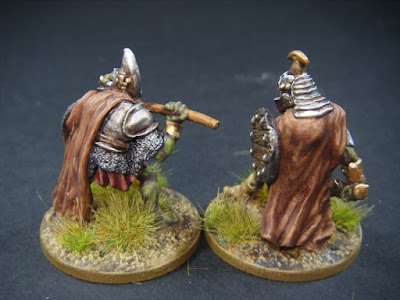 I think I did make a bit of a mistake when I tried shading the skin tones using a reddish-purple glaze in the recessed areas - it desaturated and darkened a lot of the mid tones. I'll have to remember that if I ever paint Orcs again.

For non-afficionados, these brutes are early '80s Citadel armoured orcs which I had bought sometime around 1982-1984, most likely from Gamleys (a chain of high street toy shops in the South East of England. There was one in my hometown. Downstairs was mainly cuddly toys and stuff like that; upstairs was the treasure trove - Airfix kits and figures, the plastic Britains stuff, Tamiya and Revell model kits, Action Man, Subuteo, various goodies, paints and around that time a rack of Citadel figures). They were originally bought for D&D but only ever reached the stage of being roughly primed with white Humbrol enamel paint. They sat for decades in a box in my old bedroom until I recovered them while clearing out my dad's house after he died. 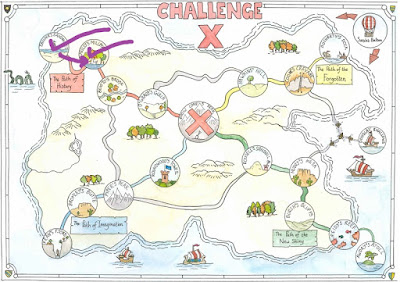 Next stop - a trip by balloon.

***
Wow, another Millpond Classic(TM) - it is great to see some old figs getting attention and paint.  Nothing like being preserved for decades under some white primer and then emerging into the fun of the Analogue Hobbies Painting Challenge! These orcs look great Tamsin, ready to interrupt a party of intrepid dungeon explorers and cause mayhem.

That will be another 70 points for Tamsin. Excellent brushwork as always, Tamsin, and we await to see your next destination on the Challenge Island map!