From SanderS - The final push to the finish or "More than meets the eye!" (130 points)

Yup I am a measly few points short of my target of 1500 points. So these last days my poor wife and kids have had to put up with, a grumpier than usual, me trying to get at least 26 figures done.
Now if this would be a regular Tuesday post I'd have split it up in 3 parts, but so as to not bother poor old Curt too much, I put them all together.

Let's start with a batch of 11 more GI Joe figures. I have painted quite a lot of vehicles this Challenge, but there's still a lot of metal in the pile of the GI Joe purchase. So here I present 5 members of Destro's Iron Grenadiers, 4 members of the Joe Steel Brigade and two Joe characters Airborne and Dial Tone.

First up are the Iron Grenadiers, more info can be found when clicking the link. 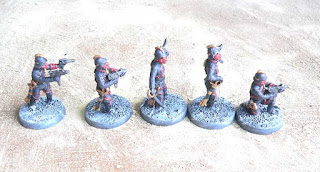 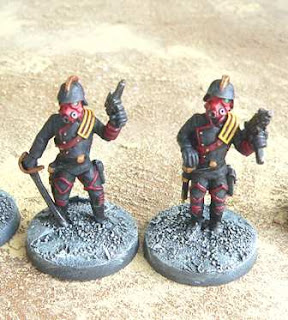 The Steel Brigade were action figures you could not buy in stores but each regular figure came on a card and on that card was a "Flag point" a kind of stamp you had to cut out and collect. If you had enough you'd sent them with postal costs to the GI Joe club (Hasbro) and they would sent you a Steel Brigade figure. There are about 6 versions all slightly different in parts but always in the same paint scheme except the commander who had a dark blue set of fatigues and a golden helmet rather than a steel one. These figures are basically made from the plastic modern troopers from Warlord Games Project Z with custom heads. There are not too many poses in the set so I ended up making one I pretty much already had done before. 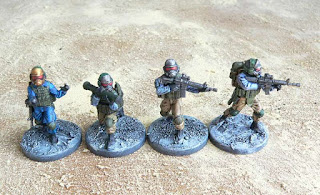 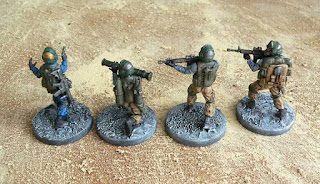 Dial Tone (to the right) is an old favourite as a communications specialist and with a beret he was pretty cool to 12 year old me. Airborne (left) is just a good all-rounder to have in your squad. 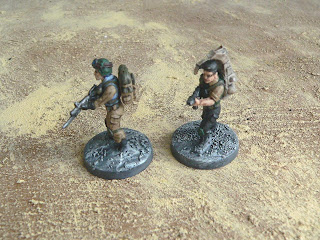 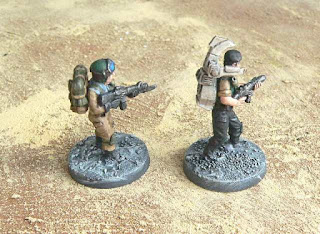 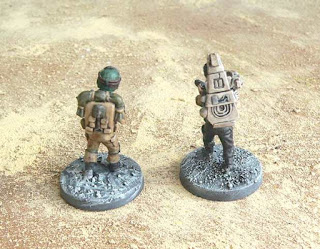 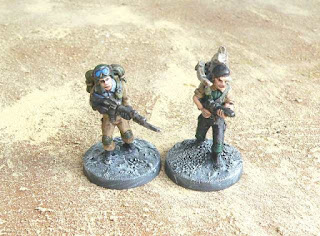 Since the Challenge isn't over yet, why not start a new project? Since the Necromunda rules are harder for Arthur to grasp then Heroquest I was thinking about making a 40k version of said game when a friend remarked that it already exists in the form of Space Crusade (Star Quest for us Europeans) a forerunner to Space Hulk. So an E-bay search and some cash later I had obtained a run down but complete game of Space Crusade. There's 3 teams of Space Marines in there and to net me another 50 points, I decided to paint the Ultra Marines and Blood Angels.
There are a few small additions and reparations but nothing major. Here's a pre-painting picture. 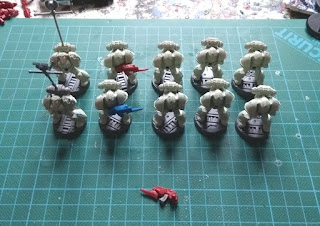 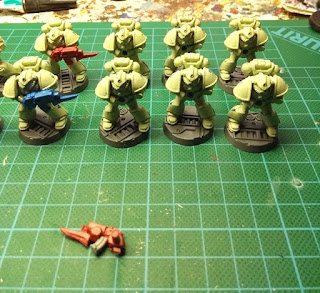 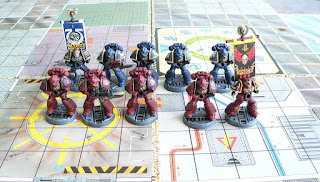 I've used old transfers and banners I had saved for what seems an age now really. The banners must have been Dreadnaught banners because I had to cut them to fit. The decals/ transfers have gone horribly wrong and wobbly so I am thinking of removing them and doing freehands on them later. There's enough figures in that box to last me a while.


Finally we come to the figures providing me with the title of this post and another new project started this Challenge. Let's figure a few friends who are fond of wargaming and a certain popular 80's comic/ cartoon featuring Alien robots transforming into Earth cars and planes. Let's imagine them creating a ruleset and masters of the miniatures and applying for the license to market the game and miniatures. The license procedure goes well but the friends cease to be partners and it all goes bums up... One of them still wants a restart (all the stuff is basically there after all) but no license, so he switched track away from said franchise into a mecha game but still has some of the figures that are now a little bit of a problem so I jumped in and ordered some while still available. 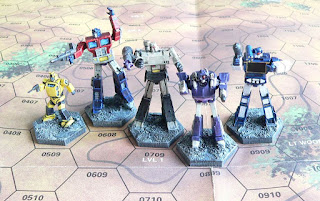 In the picture above from left to right: Bubblebi, General Duke, Megatyrant, Elecktroshock and Communicator ;-) Some battle pictures below: 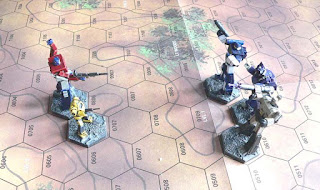 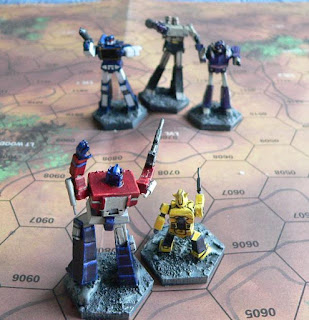 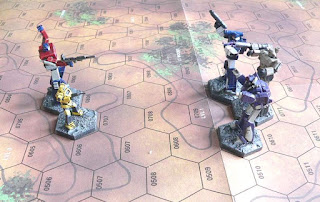 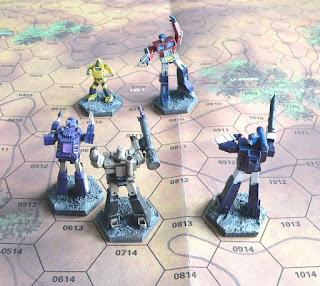 A closer peak at the chaps: 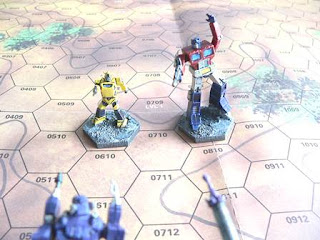 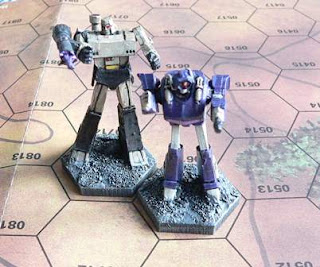 Soundwave is my favourite, his voice and sound effects in series one of the G1 cartoon are soooo cool! 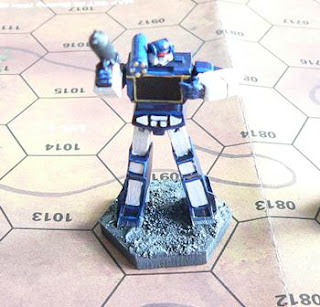 Oh and a "sizing" shot as well. You can see I have mounted them on CBT bases since I actually think of using them as Mechs for Battletech (Prima as Atlas, Bee as Centurion etc) 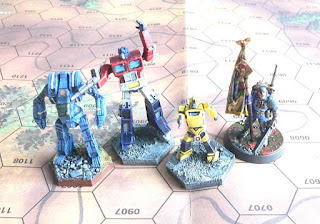 Guest minion JamieM -
Wow.  Just wow.  It's like diving into a pool filled with nothing but Saturday mornings from the 80's!  Or, as I like to call it, My Happy Place :)

The Action Force stuff is awesome.  I don't remember Dialtone, but sadly his name has aged somewhat given he existed in a calmer, internet free time.....

Excellent work on tracking down space crusade.... I never played it but I can see how it could work with young children...... I'm now tempted to pick a set up myself!

That's a real shame on those Transformers, Id totally have bought some myself but sounds like they aren't available due to licencing thingies?!?!?

Lovely stuff, I've awarded the 130 points you need to get to your target, so jolly well done!