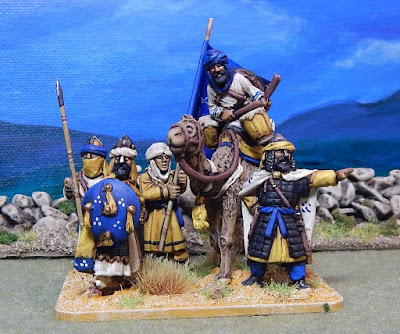 Oooh camels, I'm sure I have some of unknown provenance in the bit's box, but what to do with them?

It's been an absolute age since I added anything new to my Almoravid horde - checks, blog, nearly 3 years - but a scouring of the lead mountain revealed not only ten camels, but some left over Gripping Beast minis, including a mounted drummer who could be bodged onto one of the camels, although is pose is a little awkward, having ridden a camel though I think sitting awkwardly on them is the default. 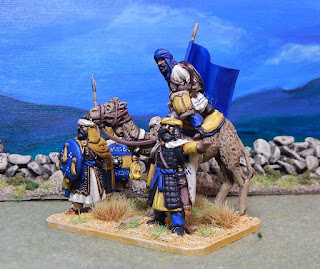 Of the two rather splendid commanders the one on the right is Abid al-Docherty, ex of the Black Guard and now serving as leader of this merry bunch, on the left is loyal bodyguard Jaysh al-Millsy.

The ensemble is completed with a spearman and standard bearer. 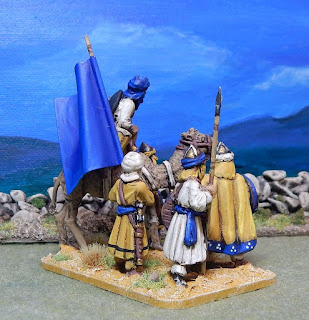 All are done in the white/blue/gold scheme that is the theme throughout my Berber horde. It's quite propitious as I think I needed to do a few more command stands anyways. 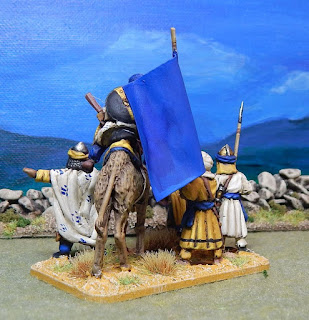 I'm tempted to make all sorts of comments about the realism of the Jaysh al-Millsy figure but its late and he has been doing amazing Community Service work of late - so 66 points it is!

Posted by Paul Scrivens-Smith at 10:30 am