From PhilH: Loyal to the Republic at Istvaan V (45 Points)

Landing at Istvann V: loyalists or betrayers, with a Spanish Civil War Project on the go? Perfect, I have a couple of dozen People's Militia prepped, based and ready to sling paint onto, so I fished out a handful and got to work. 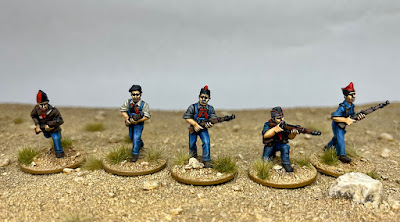 Along with baffling politics and endless factions and theIR TLAs, the SCW has extrordinary tales of ordinary workers seizing and collectivising their companies and demanding the government distribute arms for them to defend hard-won rights and freedoms from ultraconservative traditionalism erring on fascism. While inexperienced, barely-trained, hurridly organised and lacking much semblence of military discipline, they managed to throw back Franco's battle-hardened Army of Africa and modern allies through their bravery and sheer will to resist. 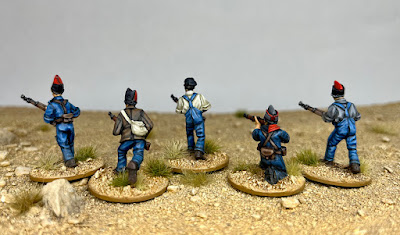 These join the other motley defenders of the Republic in my collection. They're the start of a platoon of members of the anarcho syndicalist CNT-FAI union, wearing blue workers' overalls with red and blackcaps and neckerchiefs. 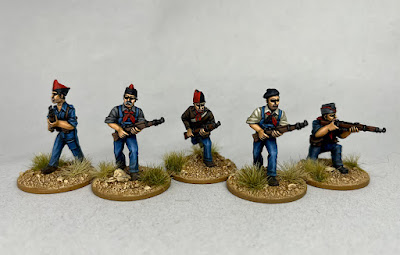 They're from the unmatched Empress Miniatures range, I think with a couple of headswaps as I had some duplicate packs. I'm going to need to paint quite a fewmore of these up. Five 28mm figures and the planet bonus is 45 Points, thanks Milady Tamsin. This also represents my first squirrel. Squirrel! Still lagging behind on my side duel with Challenge newcomer JohnE though. 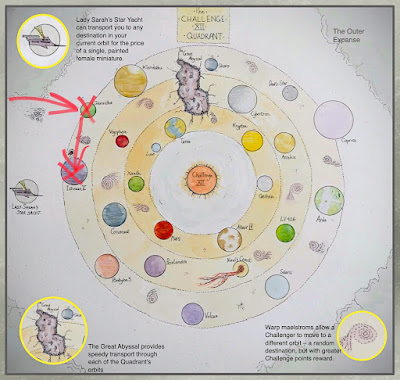 Good to see you return to the Spanish Civil War with these five lovelies! Another 45 points for you, young man!
Tamsin