From AlexS: Drones and Gun (71 points)

Hello to all! My name is Alex and I from Russia. When I learned about this event five years ago, I was happy. I could paint at the same time with many wonderful people whose blogs I admired. All participants of the event always cause me respect and joy in their work.

But there are four people who make me feel special. These are Curt, Greg, Tamsin and Michael Awdry. It is the last I would like to dedicate this post. Rather, it's first part. I always look with interest for interesting and sometimes insane ideas of Michael, and I think these drones are just in his style. Like him, I tried to use unexpected materials and miniatures. Of course, I could not make the painting as good as Michael, but I tried.

These drones should be, as I thought, the results of the work of Robur Industries and should be a serious challenge to the sheriff of the city of Prague. Playing with them will be only in two weeks, but I hope that the hero will be difficult to defeat them. This is quite unexpected and interesting, as the work of Michael, I think so. 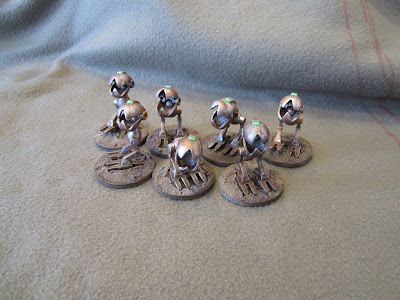 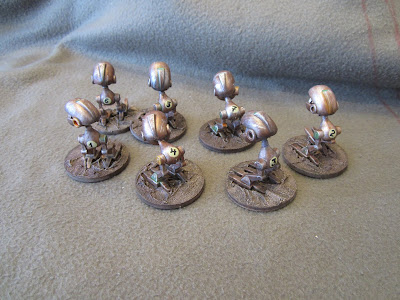 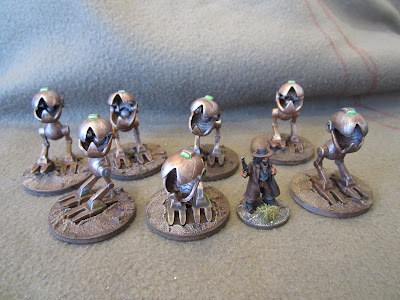 And the second part is a gun for the rules For the king and the parliament. The army of the Moscow Tsar for the period of the middle of the 17th century had its large and good artillery, but still invited foreign experts, so this gun would not be something unexpected. 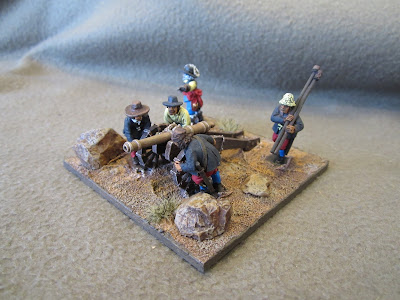 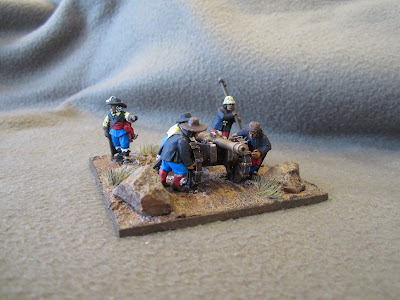 Lovely work on these and an interestingly eclectic mix as well. The drones are an interesting selection and will go well in your Weird Wild West setting. I'd be interested to know who makes them as I've not seen their like before.

On to the Gun and crew, I really like this model and it would make for a really interesting display piece let alone featuring in an army. I've seen plenty of these type of gun teams at reenactment fairs and I have to say it must take a degree of courage to stand next to an exploding metal tube... even if it isn't loaded with shot! I'm throwing in an extra point for this model because I like it so much so this lot will give you 71 points.

Its been a pleasure being your minion for AHPC IX and I hope we'll see more from you before the competition ends in a little over a week. Best of luck!
Lee
Posted by alex sengir at 6:00 am