After a lot of Soviet miniatures I decided I needed a break. I have always thought about doing a Hoth battle from Star Wars. It has always appealed to my gaming side. The Idea of entrenched troops desperately holding off a superior foe has all the foundations for a great miniatures game. Put on top of that the magic of Star Wars and you have the formula for a great convention game. So this week I have decided that when I am not working on my Cold War forces I will chip away at a Table Top version of Hoth.

First up is a trip to planet Glorantha with two heroes of Hoth, Chewy and Han Solo. These are 3D printed figures and were a lot of fun to paint. Defiantly different than my Soviet figures. 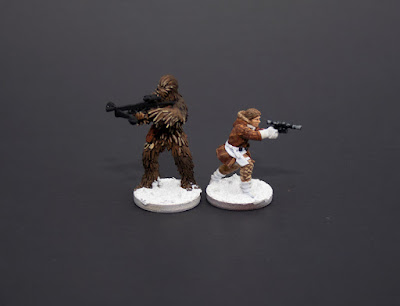 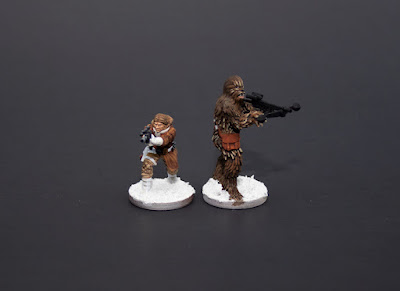 I couldn't resist doing a downed pilot fresh from his shot down T-47 Airspeeder. The Orange flight suit was really fun to paint! Finally another color besides green and brown. 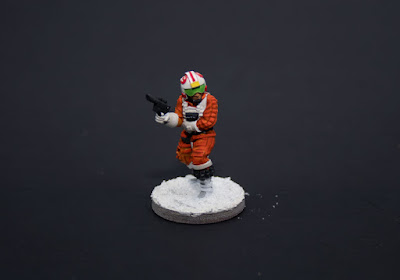 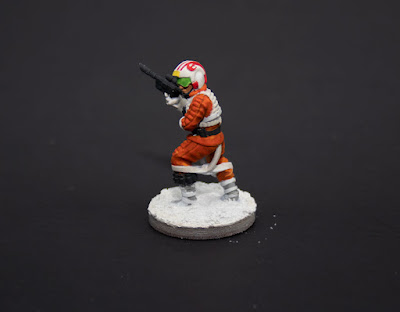 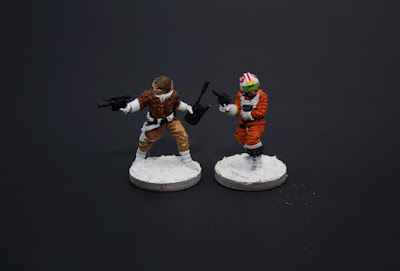 Next up I have a all Female Rebel Recon Squad always loyal to the Rebel Cause! These tough fighters are heading to planet Istvann V to recon. 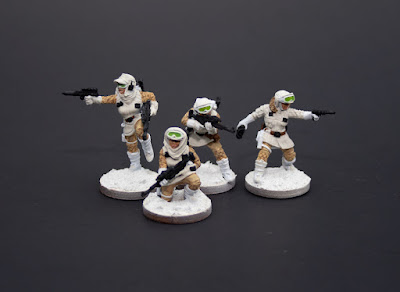 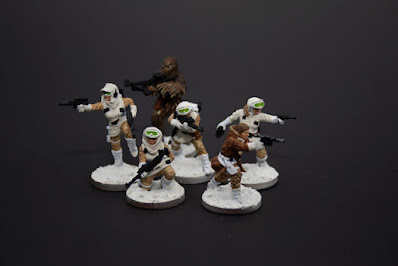 Finally I have assembled all of the forces I painted up this week. 11 Figures in total. 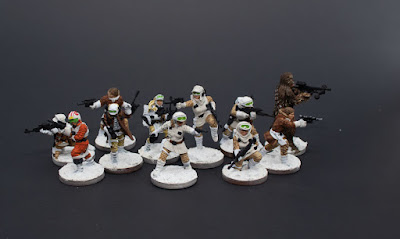 I thought it would be a ton of fun to paint these up but in the end the dominate white color proved to be really tricky. Not really happy with how they turned out but I am done with them. I will see how the next set turns out. It defiantly pushed by boundaries. Now back to my Vietnam project for next week.

Nice work on the Star Wars figures Brad.  That one pilot does stand out doesn’t he?  At least he gives the enemy someone to shoot at.