So, we draw near the end of yet another fantastic Analogue Hobbies Painting Challenge and this is the eighth I have participated in.  Before I introduce the entrants for this post; just want to say a huge thanks to the minions, fellow painters and of course the Snow Lord himself - Curt. The challenge makes the dark months of the early year fly and is a highlight the hobby year.

This figure is this year's Curtgeld and his brethren have been used in past games of MERP as Black Numenoreans. Given the theme of Fellowship and the request for enemies, I looked for something just that little bit different to pass on and a pre slotta Citadel C09Dark Elf was just the ticket. 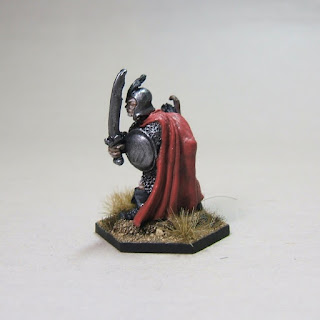 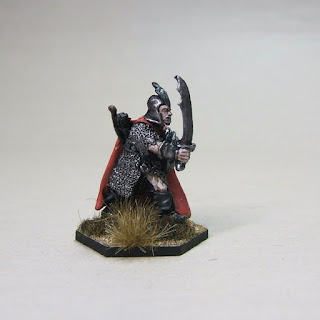 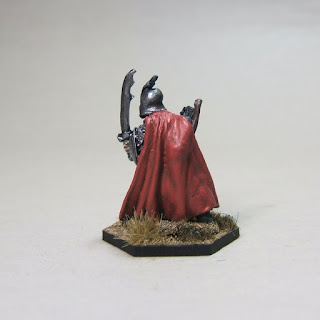 Now I have a confession to make; the figure is based on a 25mm hex base and has been since undercoating. Normally there would be nothing wrong with this, however the Curtgeld figure would sit on a 25mm round base. The dilemma that I faced as I continued to base and flock this figure on a hex base rather than rebase it. Hope that is ok, Curt? 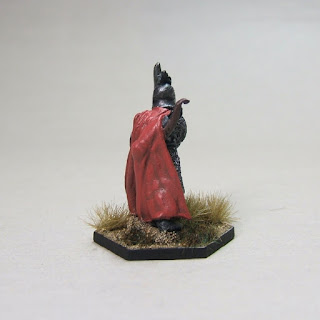 More retro figures from Citadel and more of their classic Skeletons, another six to be precise. Not much more needs to be said about these to be honest. 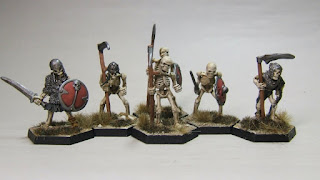 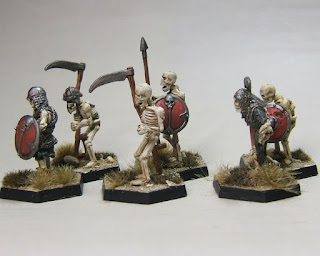 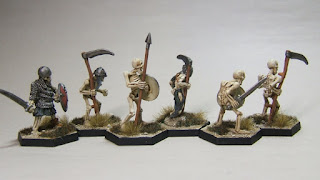 Yet more 15mm Late Crusaders from Gladiator Miniatures, this time the cavalry arm of a Late Crusader DBA army. Following suit from the earlier figures from this army there are both Brother Knights in red surcoats and Brother Sergeants in black surcoats. 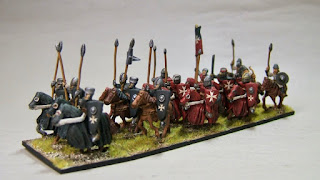 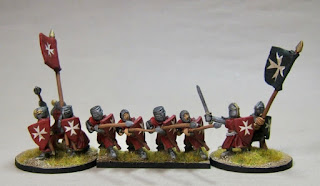 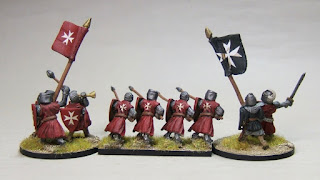 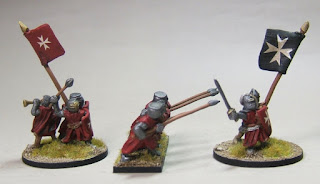 All of the Crusaders as a group shot.

Two stands of Arab swordsmen to oppose the above. Don't know who makes these, probably Minifigs or similar. The undercoat has gone a bit grainy on these and unfortunately this has effected the final wash on the figures. Too old to try and strip them so grainy they will remain. 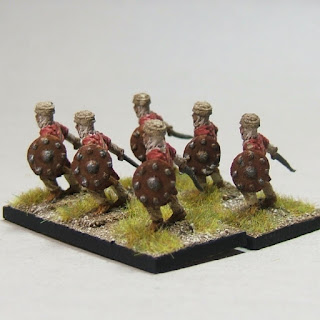 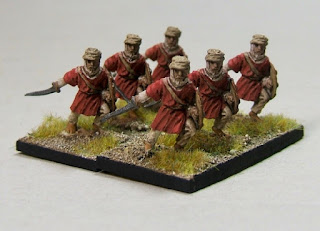 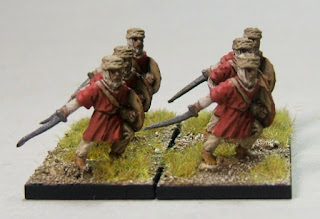 Another stand of Late Romans that required three figures to be matched in to painting from approx 15 years ago. The figures are front left as seen in front rank and the first and second figures from the left in the rear rank. 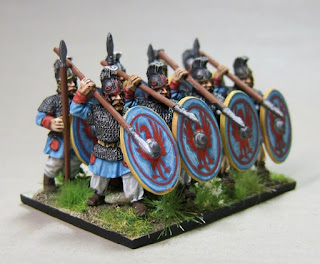 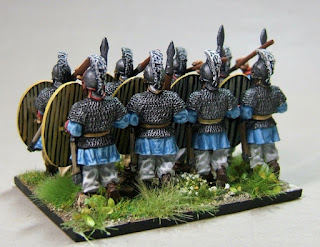 The figures are from Wargames Foundry and are still some of my favourite for this period, if perhaps a bit small in comparison to the likes of Gripping Beast and Footsore. 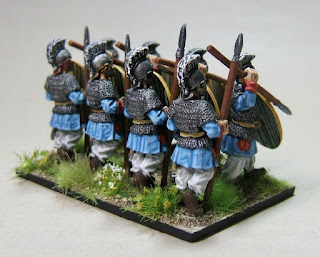 I cut the spears to the wrong length and didn't notice until the figures where glued in place in the unit.  Oh well, its only a couple of mm. 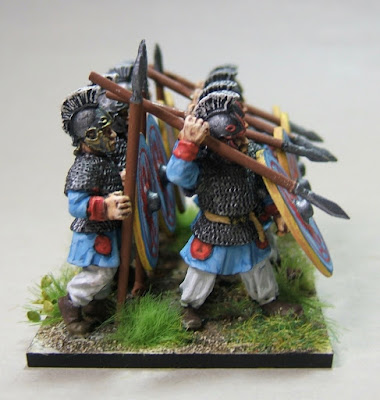 Shown below is the entirety of this year's challenge from me and this year I have learnt a couple things for next year:
and

For a total this entry of 160 points.

Thanks again to everyone and I am looking forward to Challenge X later this year.


First, thanks so much for the wonderful Curtgeld figure Ross. I love these old school Citadel models and this guy's an absolute corker (don't sweat the base, it looks wonderful).

Wow, what a great assortment you have for us as your closing entry. Skeletons, crusaders, arab swordsmen... this has all the makings of a fabulous adventure movie! I have to admit that my favourite of the lot are the Late Romans, bravely holding the line in their matching shields and Imperial standard - wonderful stuff.

Great work Ross and I look forward to you being with us for Challenge X.