Final post and so pleased to put this up as it creates few firsts ! First time to break 500 points, first time to meet a target and first vehicle ever posted! Thanks everyone for a great challenge.

Anyway one army finished was Basic Impetus Later Persian posted earlier, however still had an odd command group so posted now for 20 points. The standard is a bit speculative …... 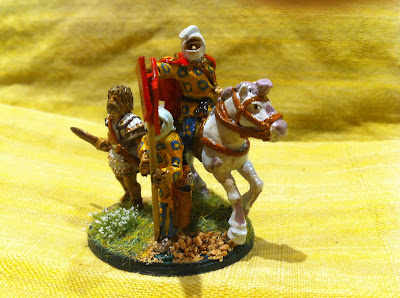 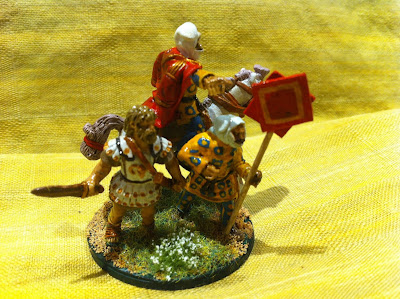 Next have a second batch of AVBCW - and here I was concentrating the first squad for a Bolt Action type game and decided to do an armed police type squad. First of all a group shot continuing with some extra figures for the squad and to also add in a Warlord Games Home guard vehicle. Then have some personalities. Then a further Wargames Foundry mounted figure for a mounted command and also done a dismounted figure. Lastly a couple of figures from Footsore, who could make a sniper option for the Bolt Action based game. 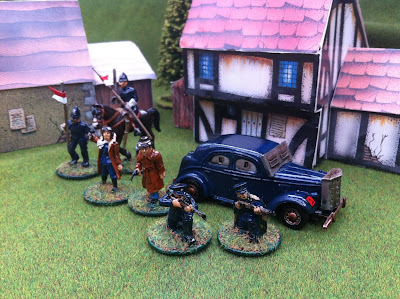 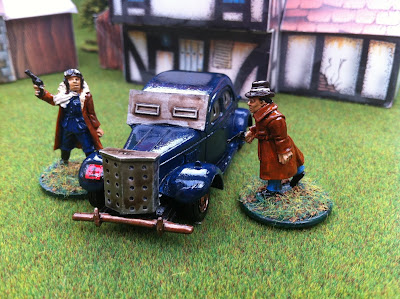 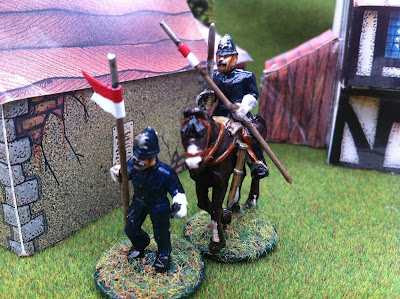 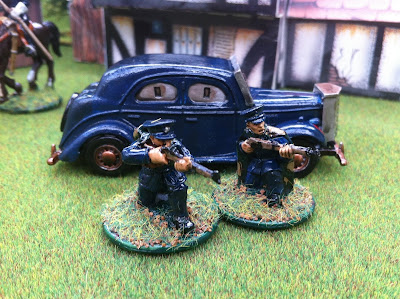 Think this is 35 points plus something for the vehicle?

Next up we have the second squad that I think are Renegade figures - I bought these second hand originally thinking of converting them to join the police. They are great figures but a bit stylistically different so decided to keep things simple and just paint them as territorial type regulars. 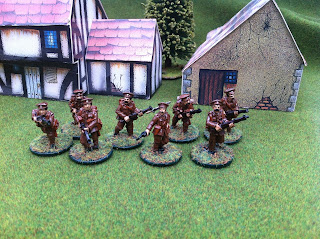 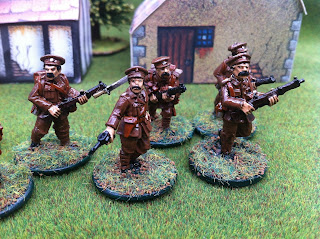 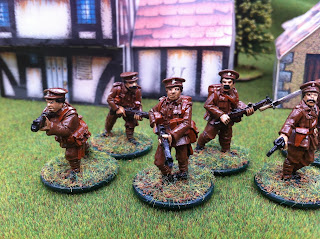 Altogether make this 95 points plus whatever the vehicle is worth?

On to next year - still got those landsknechts never got around to painting this time!

A fantastic closing post, Jez, with a trio of brilliant 'firsts' for you - congratulations! Though perhaps speculative, that Persian command stand is wonderfully colourful and dynamic. Also, for your first vehicle, I have to say that you've done a cracking job on that improvised armoured car. What a unique bit of kit!

As you say this lot puts you handily over your 500 point target with room to spare. Well done Jez! Now, I look forward to seeing those Landsknechts the next time we roll out. :)